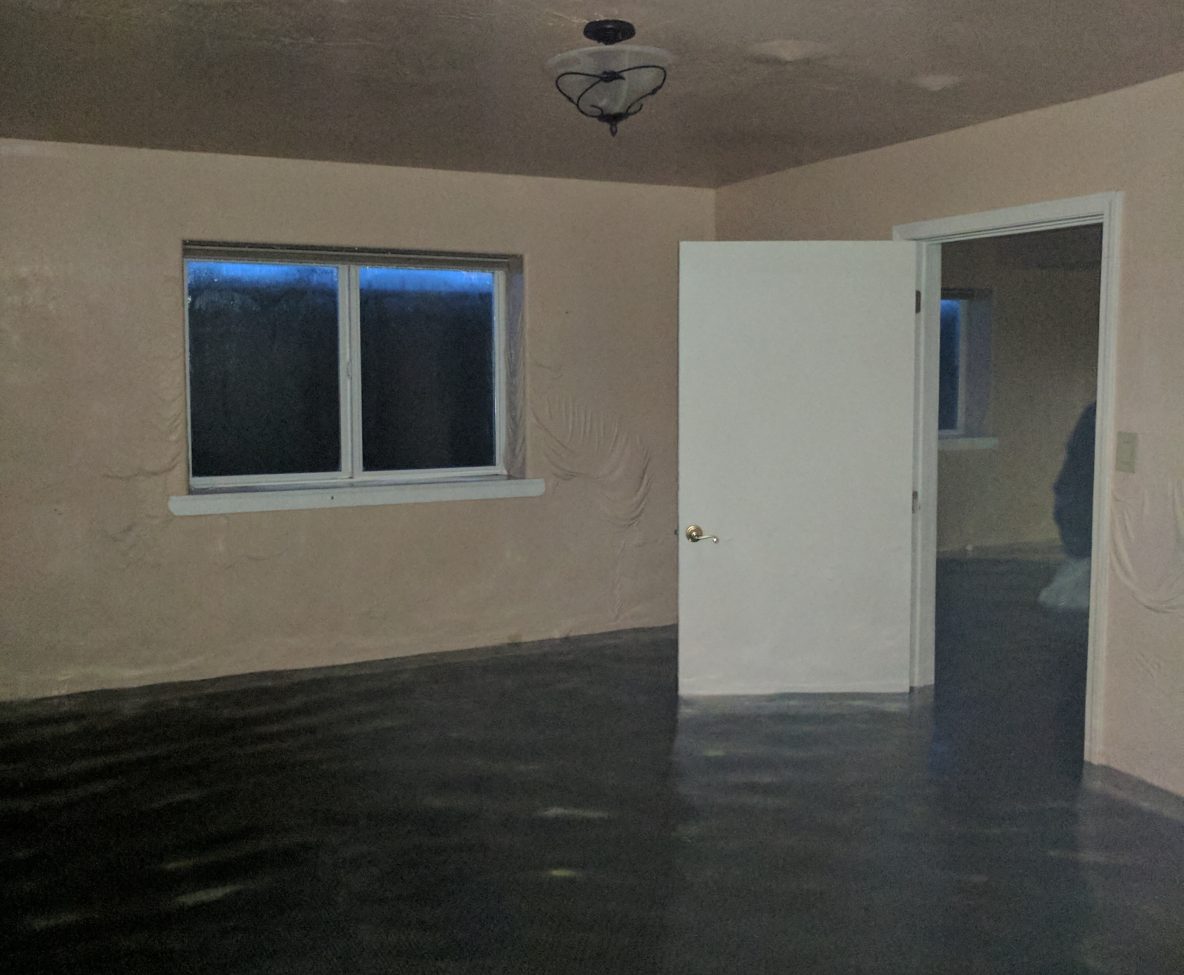 Unfortunately, disasters happen when we least expect them. This flood was one of the worst we seen in a long time. Fortunately, the home was empty but, unfortunately was severely damaged. We got called to this home the day after Christmas 2016 in Twin Falls County. The home sustained tremendous damage from water and ice. The known source was a water line that broke inside of an upstairs bathroom that had frozen due to the cold winds and conditions at the time. The water was determined to have been causing damage to this home for the duration of approximately five days. From the third-floor bathroom to the basement the water had damaged many rooms.
Upon arrival that morning, we first made sure the water well was shut off and no longer allowing the water to continue causing damage. We noticed the egress windows were full of water and made sure the power was not on to the home so we could safely enter the property. After entering the property, we did an assessment of the damage we communicated with the home owner, the insurance company and began extracting water from the basement. The water level was between six and seven feet deep in the basement and took approximately eight hours to remove.
We then set up our drying equipment along with a HeatPro 700. This allowed us to heat the interior of the property to approximately 120 degrees, drying it out completely in just a few days. We then sent in our team of technicians to remove the remaining damaged structures so we could begin the process of restoration.